Patricia Highsmith: Her Diaries and Notebooks

'It promises to be one of the literary highlights of 2021 - publication of the diaries of Patricia Highsmith, one of the most conflicted, fascinating novelists of the 20th century' Edward Helmore, Guardian'My secrets-the secrets that everyone has-are here, in black and white.'Published for the very first time for the centenary of her birth, Patricia Highsmith's diaries and notebooks offer an unparalleled, unforgettable insight into the life and mind of one of the 20th century's most talented, complex and fascinating writers.Posthumously discovered in Highsmith's linen cupboard and edited down from 56 thick spiral notebooks by her devoted editor, Anna Von Planta, this one-volume assemblage of her diaries and notebooks traces Highsmith's mesmerising double life.The diaries show Highsmith's unwavering literary ambitions - coming often at huge personal sacrifice. We see her writing the books that would make her name, including the Ripley novels which mark the apotheosis of the psychological thriller, and The Price of Salt (later adapted into the 2015 film Carol), one of the first mainstream novels to depict two women in love.In these pages, we see Highsmith reflecting on good and evil, loneliness and intimacy, sexuality and sacrifice, love and murder. We see her tumultuous romantic relationships play out alongside her acquaintances with other writers including Jane Bowles, Aaron Copland, John Gielgud, Truman Capote, Carson McCullers, Arthur Koestler, and W. H. Auden. And in her skewering of McCarthy-era America, her prickly disparagement of contemporary art, her fixation on love and writing, and ever-percolating prejudices, we see the famously secretive Highsmith revealing the roots of her psychological angst and acuity.Written in her inimitable and dazzling prose and offering all the pleasures of Highsmith's novels, these are one of the most compulsively readable literary diaries to be published in generations - and yield, at last an unparalleled, unfiltered, unforgettable picture of this enigmatic, iconic, trailblazing author's true self.
EAN 9781474617628
ISBN 147461762X
Typ produktu Ebook
Vydavatel Orion
Datum vydání 16. listopadu 2021
Jazyk English
Země United Kingdom
Autoři Highsmith, Patricia
103 Kč

Flung Out of Space 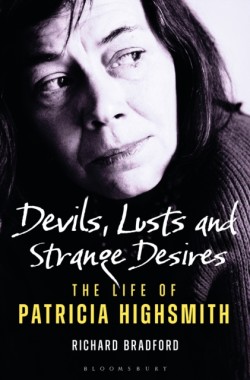 Patricia Highsmith: Her Diaries and Notebooks 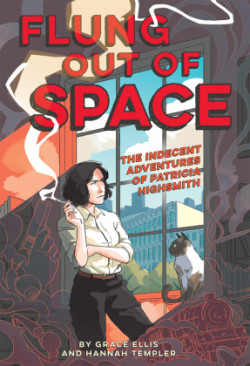 Flung Out of Space: Inspired by the Indecent Adventures of Patricia Highsmith